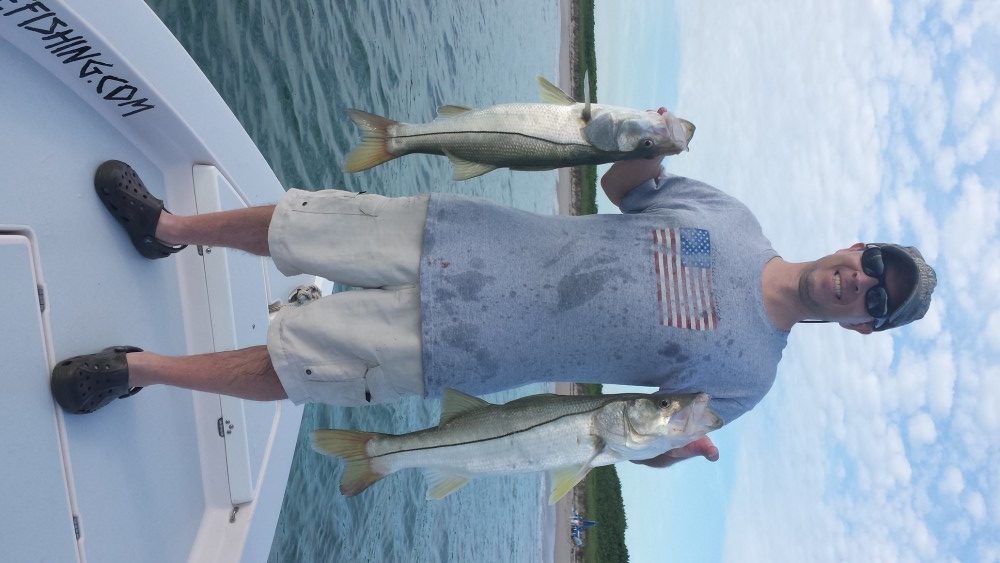 Snook, Jacks, and Bonita, Attitude Adjustment. Craig is from Orlando. We met and departed from the Inlet Marina. I had some Croakers left over so we went straight to fishing. We made several drifts. Craig hooked up a Jack and one Redfish. He caught the Jack and lost the Red. We fished for Snook next and did pretty well. We caught 5 or 6  before we went back and tried for Reds again. No luck on the Reds though. We ran the beach, while we waited for the tide to switch to outgoing. We came across some Bonita and played with them for a bit. Craig caught one nice Bonita.

When we got back to the Inlet, the tide was outgoing. We anchored up on the school of Snook. We had several bites. Craig landed one and lost a few.  It slowed down, with no hits I decided to drop the Bonita down and see if we could get a Goliath to eat. Well it did not take long. The Goliath seen the Bonita from a 100 yards away and wasted no time devouring the whole Bonita. It took a couple of pickups before Craig got the hook to set. Craig had it on for a bit and got to feel the power. After about 10 mins. of hard pulling, the line broke. Bummer! After that it was time to call it quits. Thanks Craig for fishing with attitude today. It was a pleasure to meet and fish with you. 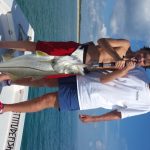 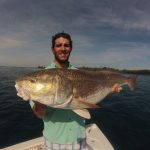