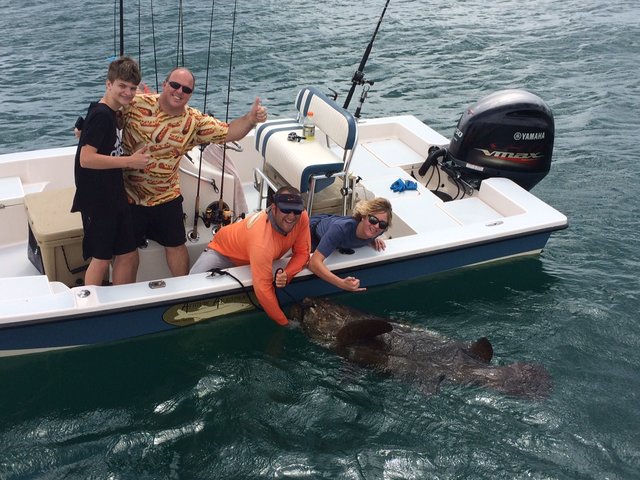 “Today was one AWESOME day with my two sons. We chartered a boat ( we have
done this many time only to come home with nothing ) with what I heard was
an awesome captain.
Attitudefishing Fishing Charters
We started at 7 Am using squid we caught croakers. Captain asked what was a
fish you always wanted to see and Jarod said a Goliath Grouper. Then we
moved to see if the snook were biting. Captain Eric said they were not when
we left ( at least he was honest. ) So after 1 hour he said you want to
have fun now and we said heck yeah. He took us to a spot where when the
line hit the water a huge hit and my son Joshua reeled in a 8 lb Jack.
Jarod followed with a 5 pounder then Joshua with a 5 pounder then jarod
then josh holy cow I said this is wild. So then Captain Eric said lets go
get a big one. I said no sharks he said no worry. we went to a Spot he said
are Goliath Groupers. I said really . My son Jarods dream was to catch one.
Well when we used a 8 lb Jack by the time it was down 15 feet a hit was on
and wow. It looked like he had snagged bottom. Jarod Lost it then dropped
another Jack BAM! Lost it another Jack Bam then lost it then OMG BAM BAM
there it was.
The biggest hit ever. After 40 minutes of reeling in what was a fight I
would not have been able to do alone. My son Jarod’ dream came true. this
fish was humongous. Thanks Captain Eric You are ‘The Best charter we have
ever been on and looking forward to doing it again real soon.
If you want a great charter then call him and tell him you saw this post
Attitudefishing.com 321-863-8714 out of Sebastian.” 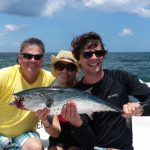 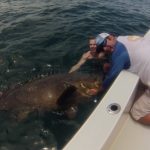