Jacks, Snook, and a monster Goliath 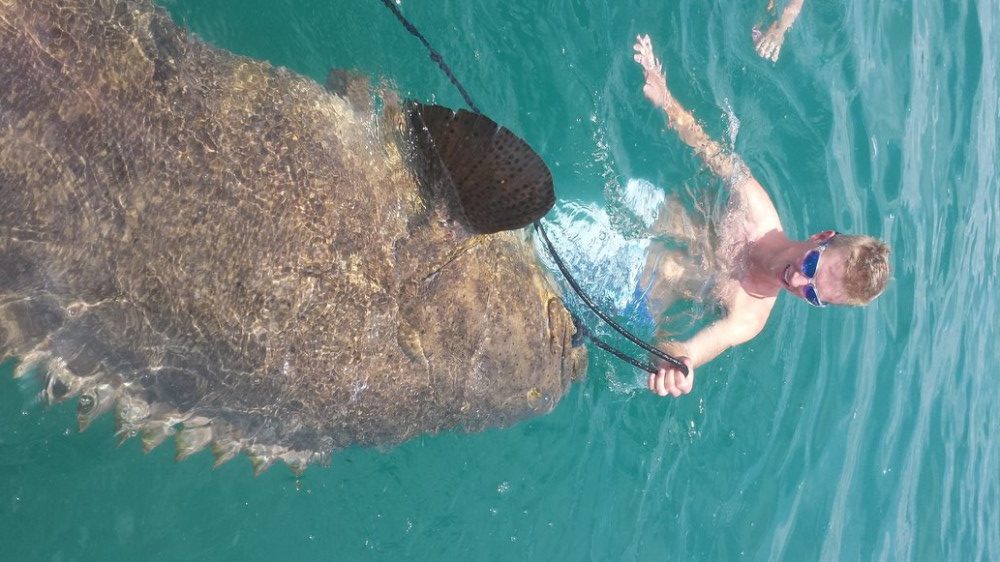 Jacks, Snook, and a monster Goliath. The fishing has been super slow. The water is cold and has the fish shut down. The Jacks however are not affected to say the least. David, Zak, Dan, and Danny are from the Melbourne area. We had a couple of Snook chances but no luck in getting them to boat. We caught lots of Jacks. Good thing for the Jacks or We would be fishless. The Bonita schools were showing a little on the beach. We never could get one on though. The weather was perfect though, no winds and plenty of sunshine.

We used one of the jacks as bait for the Goliath. Dan started off with the hook up and did a great job of putting the muscle on it and getting it away from the jetty. Next was Zak and he did a great job as well putting some muscle on it. David finished it up and really did great at not breaking it off next to the boat. I was able to grab it and tie it off so we could get some great pictures and safely release it. After we caught a few more Jacks then called it day. Thank David and Dan for bringing your boys out fishing with Attitude. It was a pleasure to fish with you guys. Hopefully we will fish again in the future. 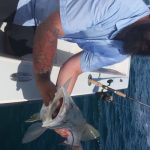 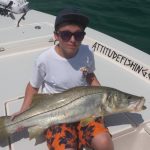